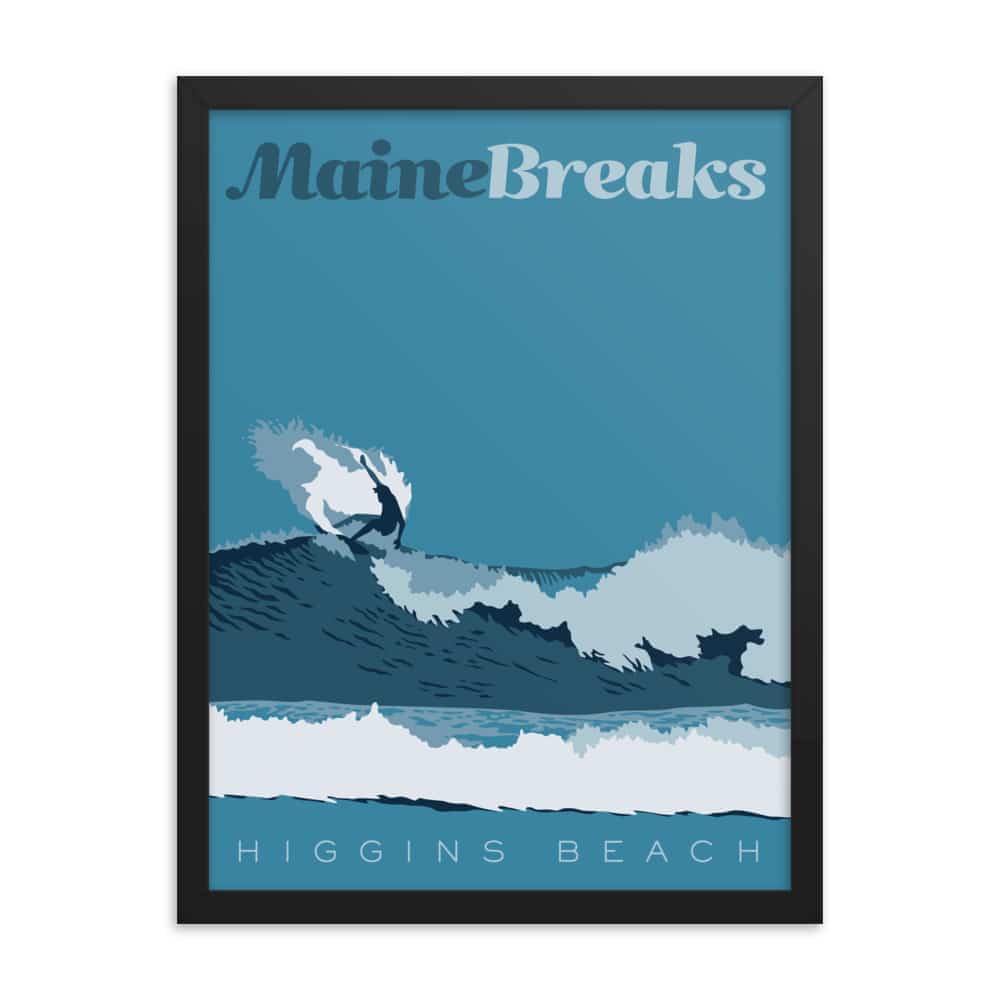 It's no secret that climbing and surfing go together like peanut butter and jelly. In fact, on certain fall days when the swell is up, it would not be a surprising sight to see a plurality of the Salt Pump management team spending elongated lunch breaks down at Higgins Beach in our hometown of Scarborough, Maine.

Maine Breaks, the 7th member of our poster series, is a tribute to our local surf culture. You can order your own print here. Done in collaboration with Maine-based graphic designer Scott Whitehouse. The photo was taken by our friend Joe Klementovich.

Here's the photograph he took: 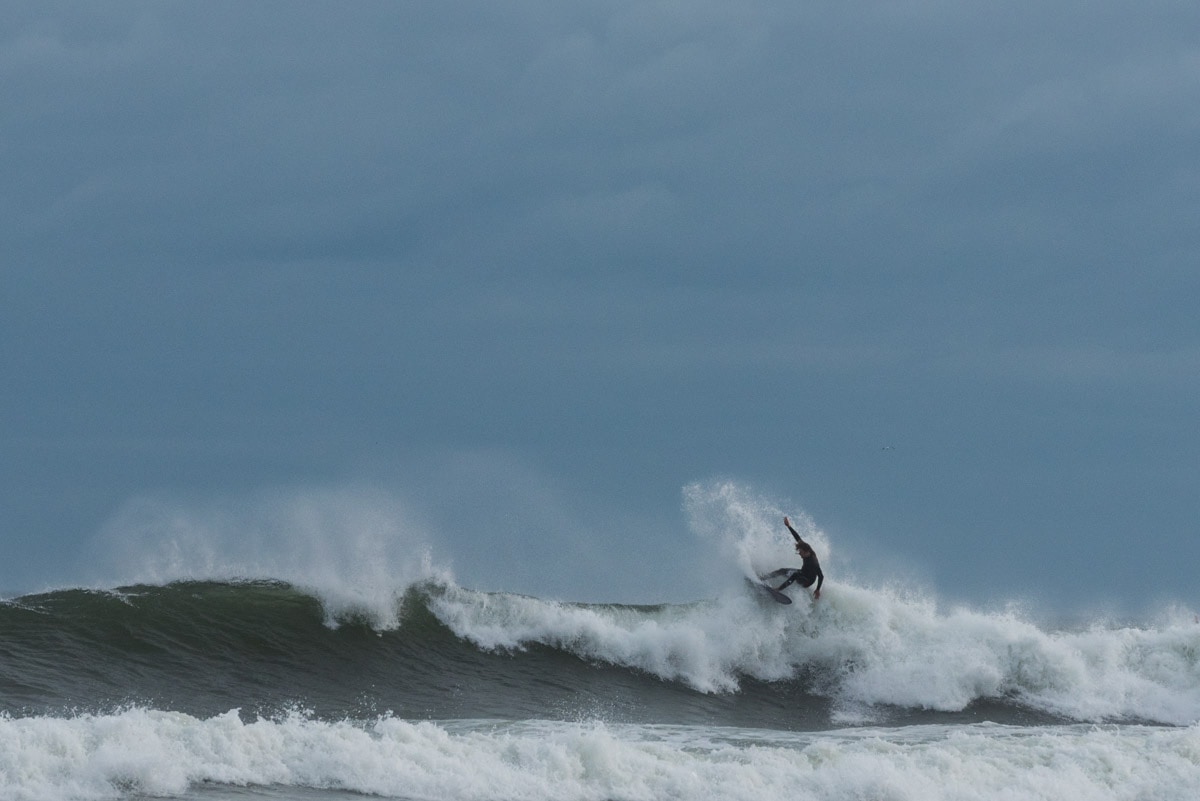 After spying the image on Joe's Instagram page, Salt Pump market-eering reached out, and passed the image on to Scott Whitehouse. 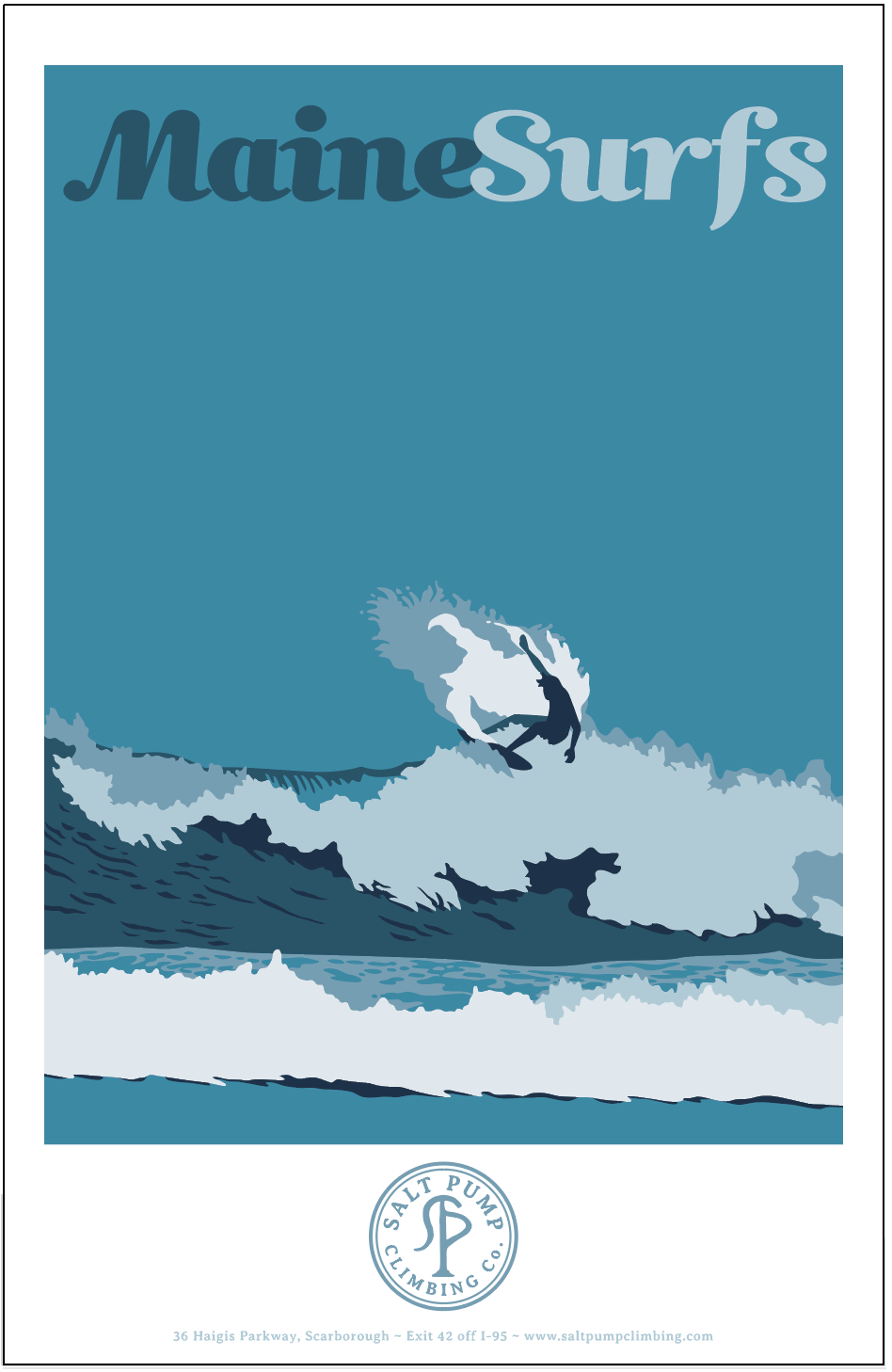 The combination of Joe's soulful photograph and Scott's reductionist touch made for an exquisite design - but there was one problem.

"That's not exactly good form," general manager Taki Miyamoto agreed. "It looks kinda cool to non-surfers," Taki continued, "but it's not exactly inspiring to us."

What was happening - was Salt Pump secretly a climbing gym run by surfers?

Here, in effect, was what management was requesting: 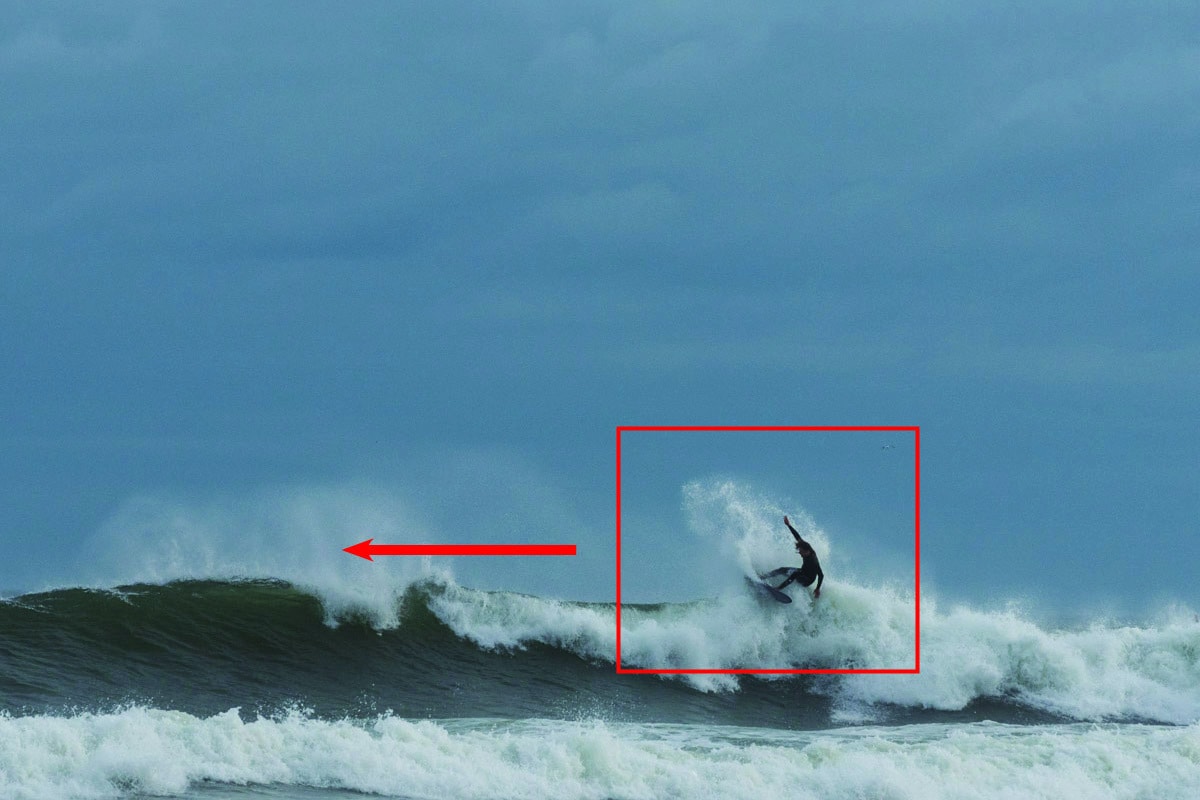 On the left quarter of Joe's photo, there was enough clean wave to play with. With a few clicks a mouse, Joe's anonymous surfer was given a style bump down the wave... and Maine Breaks was born. 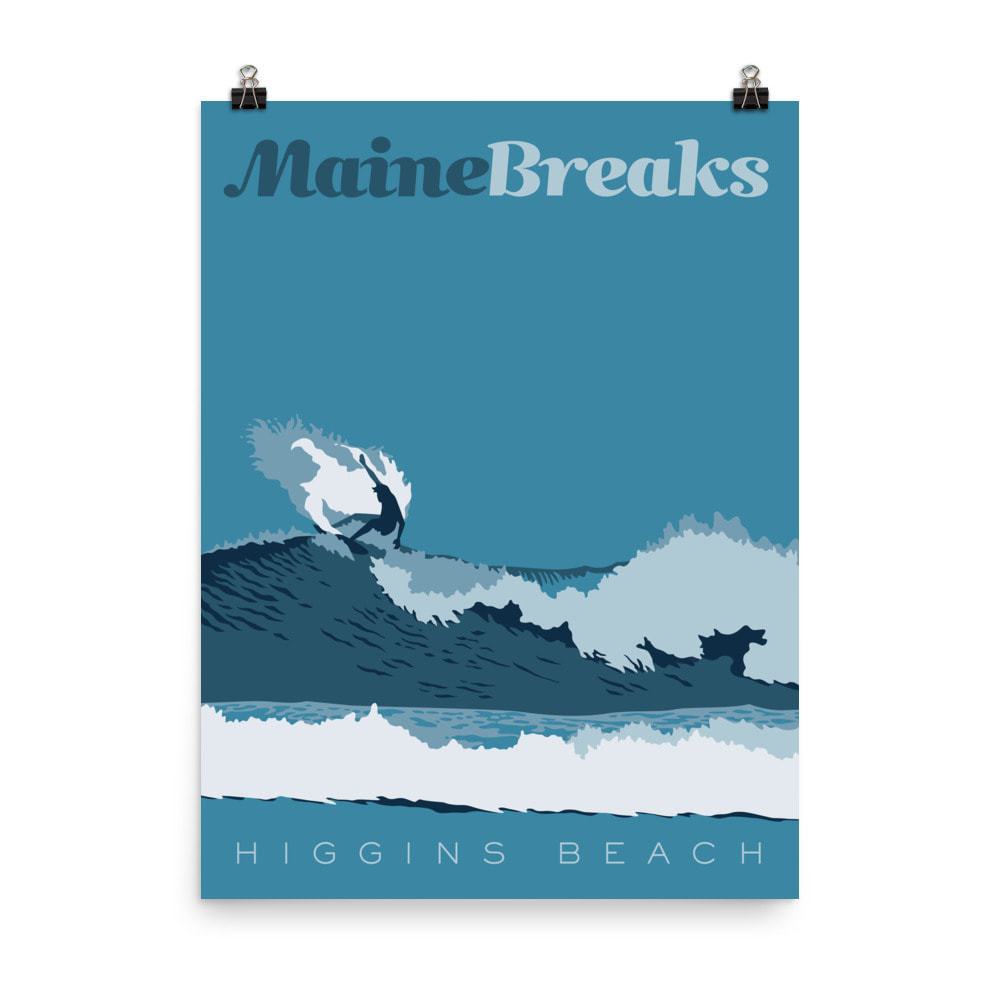 Why Maine Breaks? Tino, who came up with the name, explains: "In surfing, the break is your home, your crag. And in Maine, a lot of the surfing doesn't have beaches - it has breaks... Especially because of how three-dimensional our coastline is, there are so many different rock piles that combine with the swell and tide to create surfing. Of course, Higgins is the outlier - it's one of the sandier beach breaks we have." 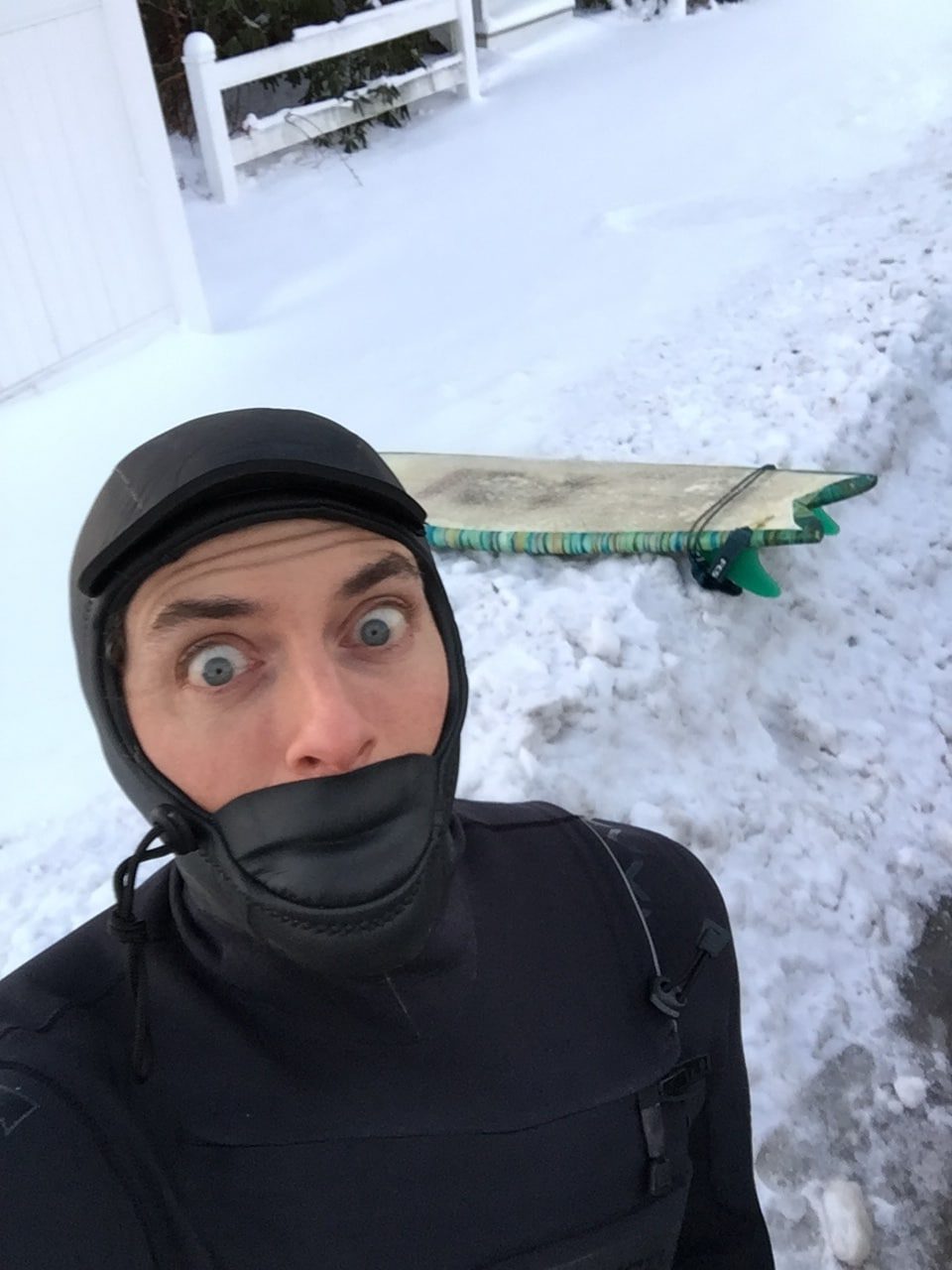 Posted in Salt Pump Prints, News
← Inside Game No. 6: Ethan PringleRest your paws! →