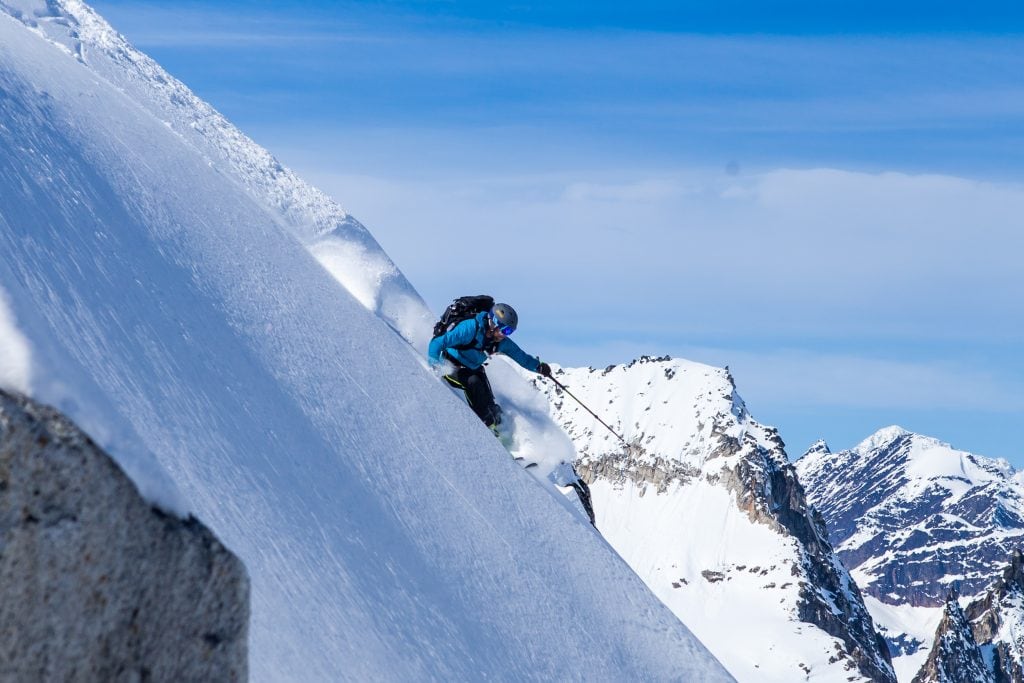 “I’m probably closest to an elite level at skiing, having raced and skied growing up. That’s my bread and butter. But I’m also closest to my ceiling as an athlete with skiing.” -Andrew Drummond

There are 48 mountains over the elevation of four thousand feet in the White Mountains of New Hampshire. For peak baggers dwelling across New England, collecting each one of these summits represents a lifetime goal. Really motivated climbers might do them all in winter, or over the course of a single calendar year. This summer, Andrew Drummond did them all in 5 days, 23 hours, and fifty-eight minutes. More impressive still, he did them without using a car or bicycle, caches, resupplies, or any other form of direct support.

Drummond simply left the road in Woodstock, New Hampshire early one morning and began hiking towards the summit of Mt. Moosilaukee. He finished just shy of six days later in Berlin, having climbed all 48 mountains in a single, sleep deprived effort. His winding 240 mile route to connect them is what’s called “The White Mountain Direttissima”. While he wasn’t the first to complete the route, Andrew shaved more than two days off the previous record.

What’s even more amazing is this: Drummond, 35, of Madison, New Hampshire, has only been seriously training as an endurance athlete for four years. “I thought you needed to be a skinny little person, to be a runner,” Andrew says with a chuckle.

While not a serious technical climber (yet), we’re inspired by Andrew’s personal transformation into an elite athlete, and caught up with him to learn more about his story.

So how did you become a runner?

I didn’t think running was for me. I thought it was a body type – if you were a certain body type, then you were a runner. My siblings all did did cross-country, but I stuck with team sports: football, basketball, baseball.

In college I became a hobby jogger, 3 – 5 miles a few times a week. It’s a nice outlet for physical release, but you don’t really get any better, you don’t get any worse.

My moment was in 2012. My friend Pete Waitkun broke the stereotype. Pete was two hundred plus pounds, but he did a 3 hour marathon. Then I discovered ultra-racing, and that really captivated me. It’s very curious how a human can run a hundred miles.

At the time, I was living in San Diego but working in the oil industry off-shore in the Gulf of Mexico. We had this treadmill on the boat, and I said to myself – I want to run a half marathon.

When did you move home to New Hampshire?

I moved back in May 2014. The move back here was for my girlfriend Hilary’s job, and just to get back into the mountains… Just to get more space and quiet and peacefulness. Whatever it is, your priorities in life shift, and for me that meant having a dog, moving to a less densely populated area. It could have been the mountains or the coast, but there’s more to do in the mountains.

The pivotal moment was at the Wildman biathlon in 2014, watching Hilary do it. I stood there watching the top guys go through, and thought “why aren’t I out there with them.” That struck some competitive fire, and next thing I knew I started picking all these races to enroll in. In 2014 I did four races. In 2015 I did 23. 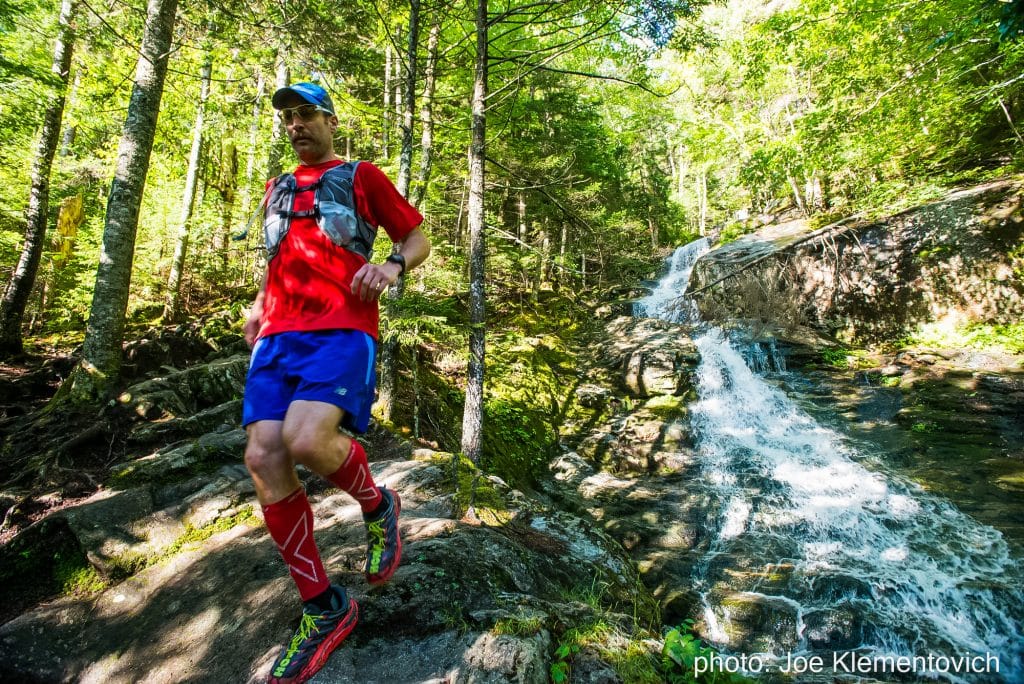 Andrew Drummond shaved more than two days off the previous record for the White Mountain Direttissima. Image by Joe Klementovich

Also in 2015, you had the opportunity to hike with runner Scott Jurek, who was attempting to break the record for through-hiking the Appalachian Trail. What’d you learn from that experience?

I didn’t know what to expect. I got the call from Timmy ONeill… I hadn’t done an ultra race at the point and wasn’t sure exactly what it would entail or if I had anything to offer Scott. I learned a ton – that was my first exposure to what a multi-day endurance effort is like. Selfishly, for me, I got to treat it almost like a stage race.

The ultra running community, everyone is so bonded. Scott’s whole crew was incredible, just good people. They made me feel like a critical part of the team when really in my mind I knew I was just a replaceable local. That made me think, Scott had his adventure, now, what’s mine? I wanted to find something that I cared about as much as Scott cared about the AT.

It wasn’t long after running with Scott that I heard about the White Mountain Direttissima.

What did you learn from the Direttissima?

There are a couple takeaways. We’re capable of so much more than we think we can do. Your mind will allow you to endure serious fatigue and sleep deprivation if you have motivation…. If you are truly motivated, your mind will work with you to achieve that goal.

That’s an experience that you can draw upon for future projects – if it’s a race or just some other challenge, like staying up all night working. It’s something I think more people should learn about themselves.

You’ve experienced many different styles of mountain adventure over the last year – winning the Tuckerman Inferno Pentathalon on Mt. Washington, racing in the UTMB [Ultimate Trail du Mont Blanc OCC – a 50K ultra marathon in France], the Direttissima. What’s next?

I’m a type of person whose going to dive into something to a certain level, and then I’ll — maybe it’s get bored – well, I’ll want to focus on other things, to keep developing. I’m probably closest to an elite level at skiing, having raced and skied growing up. That’s my bread and butter. But I’m also closest to my ceiling as an athlete with skiing.

Both UTMB and Direttissima appealed to me because they were things I hadn’t done.

What am I going to gravitate to next year? I don’t know yet, it could be so many different things… I’ve still never done a 100 mile race, for instance, or a sub 16 minute 5K race. There’s so much potential, and that’s what keeps life exciting for me.

Andrew is sponsored by Fischer Alpine Sports, Untapped, Osprey Packs, Julbo, and Nemo. To learn more about his latest adventures, check out his website at www.skithewhites.com.