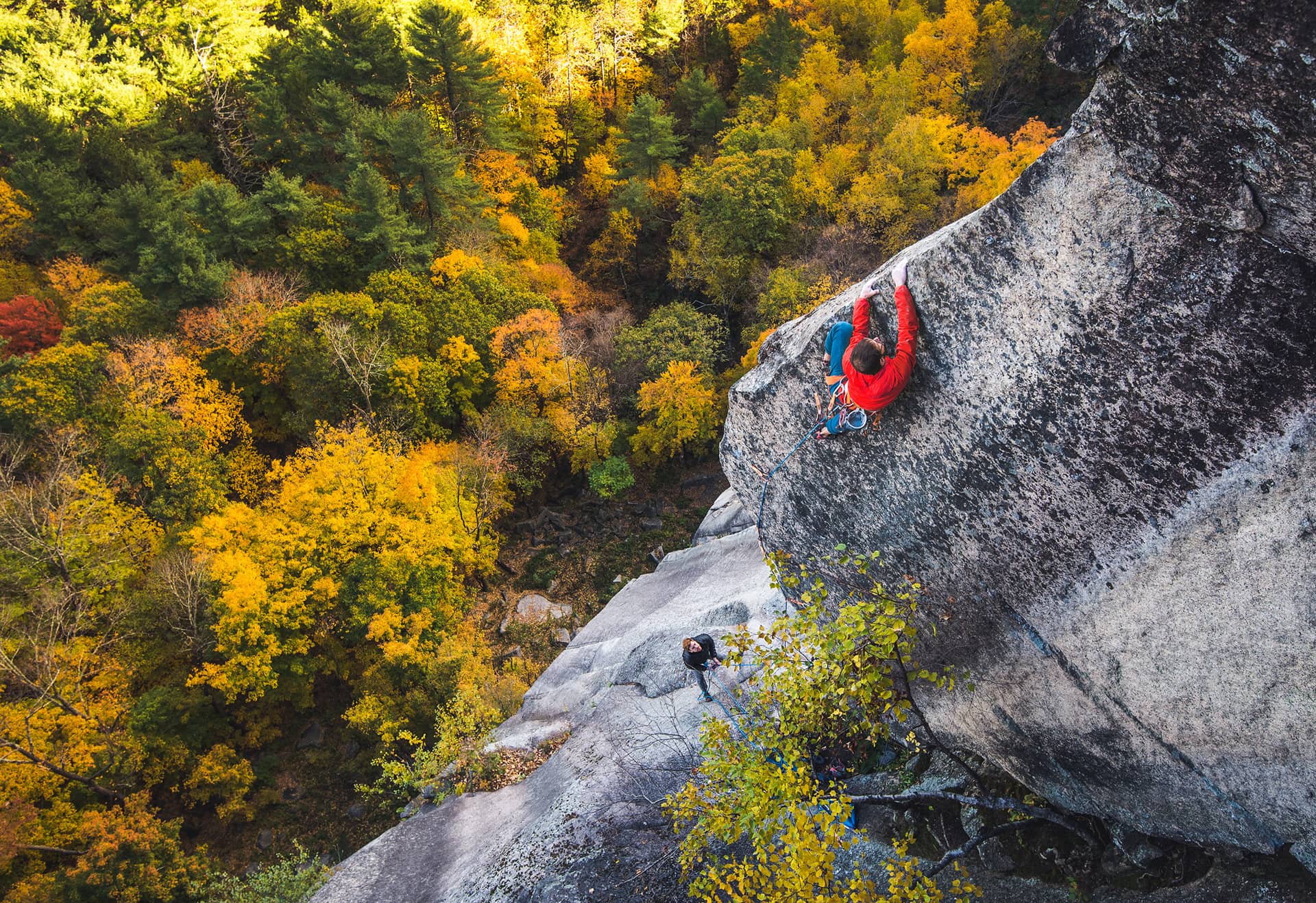 Life, The Universe and Everything: Jay Conway on the spectacular and difficult 5.13c fourth pitch of his new line on Cathedral Ledge. Photo: Brent Doscher.

Jay Conway isn’t normally one for tantrums, but there he was, hanging from a rope three quarters of the way up Cathedral Ledge at 5 p.m. on a gorgeous October evening, screaming at the top of his lungs in frustration – having a ‘wobbler’ in climbers’ parlance.

Conway, a math-teacher from Holderness, New Hampshire, had good reason to be angry. He had just fallen for the fifth consecutive time off the deviously hard last pitch of the new route he was attempting to climb that day. The project had started in the summer, and he had already dedicated a dozen or so days piecing together the three demanding pitches that were the heart of the climb.

“I was up there with my buddy Pete Arnold, and he was kinda hurt so he was just belaying me that day,” Jay remembers. “Pete just said, ‘No pressure – just keep try it till it gets dark, or you can’t do it’.”

At that moment, it seemed like the latter scenario was unfolding.

Since 1929, when Cathedral Ledge was first climbed, adventurous climbers have played the same basic game: try to find as independent as possible a path from bottom to top up the cliff. Jay’s line was a real jem, a 450’ multi-pitch route up Cathedral’s Central Wall, and the meat of the route - a 5.14 culminating in a crux mantel, a long 5.12 enduro slab, and a 5.13 arete - were all virgin. In fact, Conway discovered the line when he injured himself sport climbing at Rumney and, in his words, "decided to go rappelling instead".

Earlier that day, Jay had managed to send the 5.14 pitch for the very first time, then tiptoed his way up the long, calf-burning slab to reach the third and final hard pitch. It was a show-stopper. 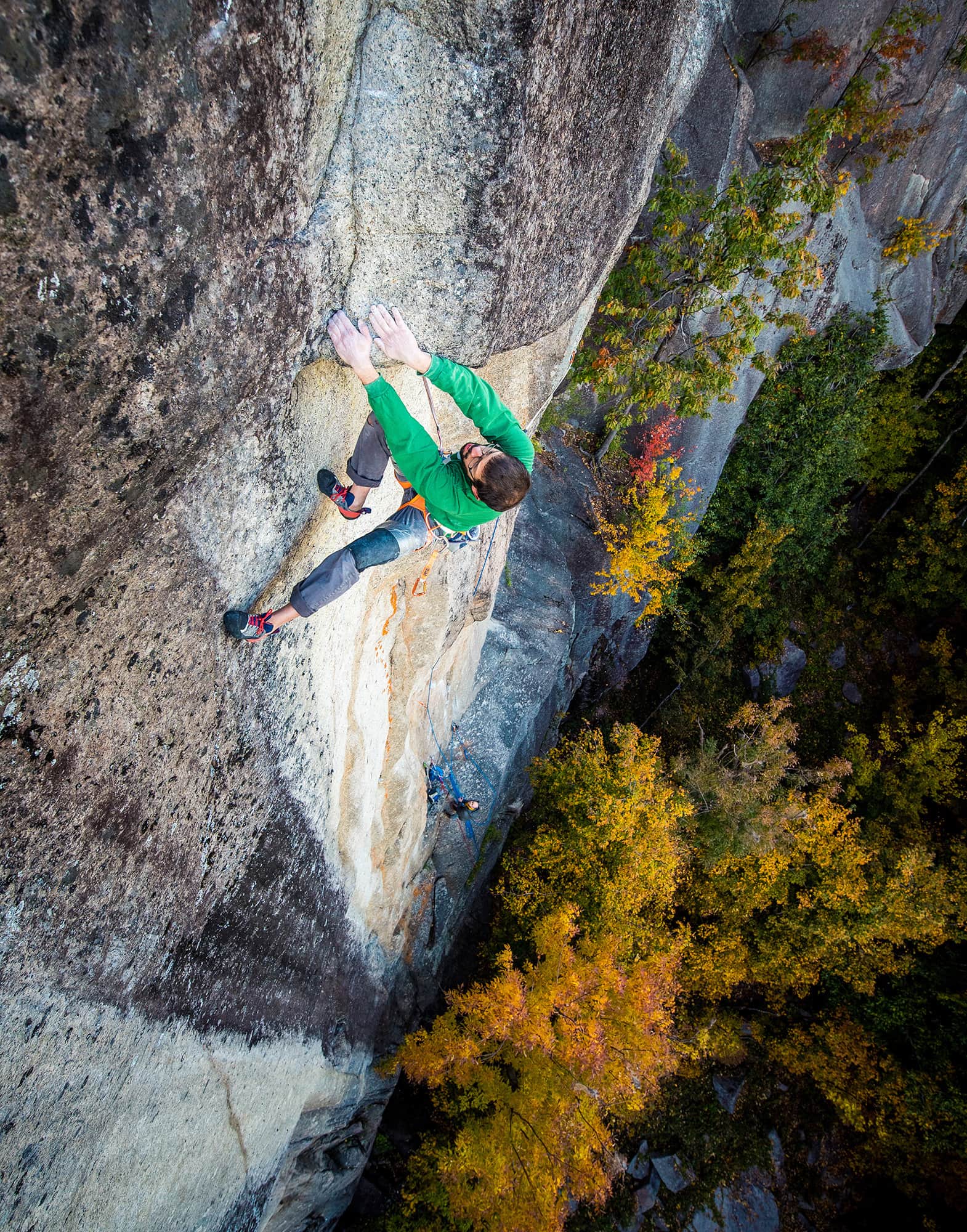 “It’s only thirty feet of climbing, but it packs a punch,” Conway explains. Breaking left of the popular Bridge of Khazaddum, the pitch follows an overhanging, double arete, “like wrestling a beer fridge…” he describes it. After spending a half dozen days cleaning and practicing it that summer, Jay’s best guess was that it checked in at around 5.13c.

The first try that day he almost sent it, but when he heal-hooked on the arete the pull tab on his shoe caught between his heel and the rock, and his heel slipped. On the second and third goes, Jay “got destroyed”. Then, on the fifth go, he fell on an 11b or c move -- “the last possible spot you could fall on”, according to him.

“It was funny,” Jay says now, chuckling. “I don’t normally throw wobblers… but this was a Matt McCormack-sized wobbler”.

Jay thought he was done. He had been trying the pitch for three hours. “I don’t normally try hard more than three times a day,” he says, all told at that point he had gone eight rounds of hard granite redpoint climbing that day.  “I thought I had, like, a 5 percent chance of making it.”

Jay arrived at the tree belay in a state of disbelief, and soon he and Pete were scampering up the final 5.10 pitch to reach the top of the cliff in the dark. Despite being an accomplished single-pitch climber, this was Jay’s first truly ‘hard’ multi-pitch climb.

Life, The Universe, and Everything is five pitches long, and checks in at 5.14a, making it one of the hardest multi-pitch climbs in the East. “I don’t think there are a lot of lines left like it on Cathedral,” Jay says, before adding, “It’s cool what you can do, even when you don’t think you can”.

Jay Conway is a thirty-nine year old math teacher serving the Plymouth New Hampshire Public School System. He is supported by Petzl and Evolv, as well as his wife Leesa and two sons, Oran and Ellis.

Special thanks to Brent Doscher for sharing his photography. 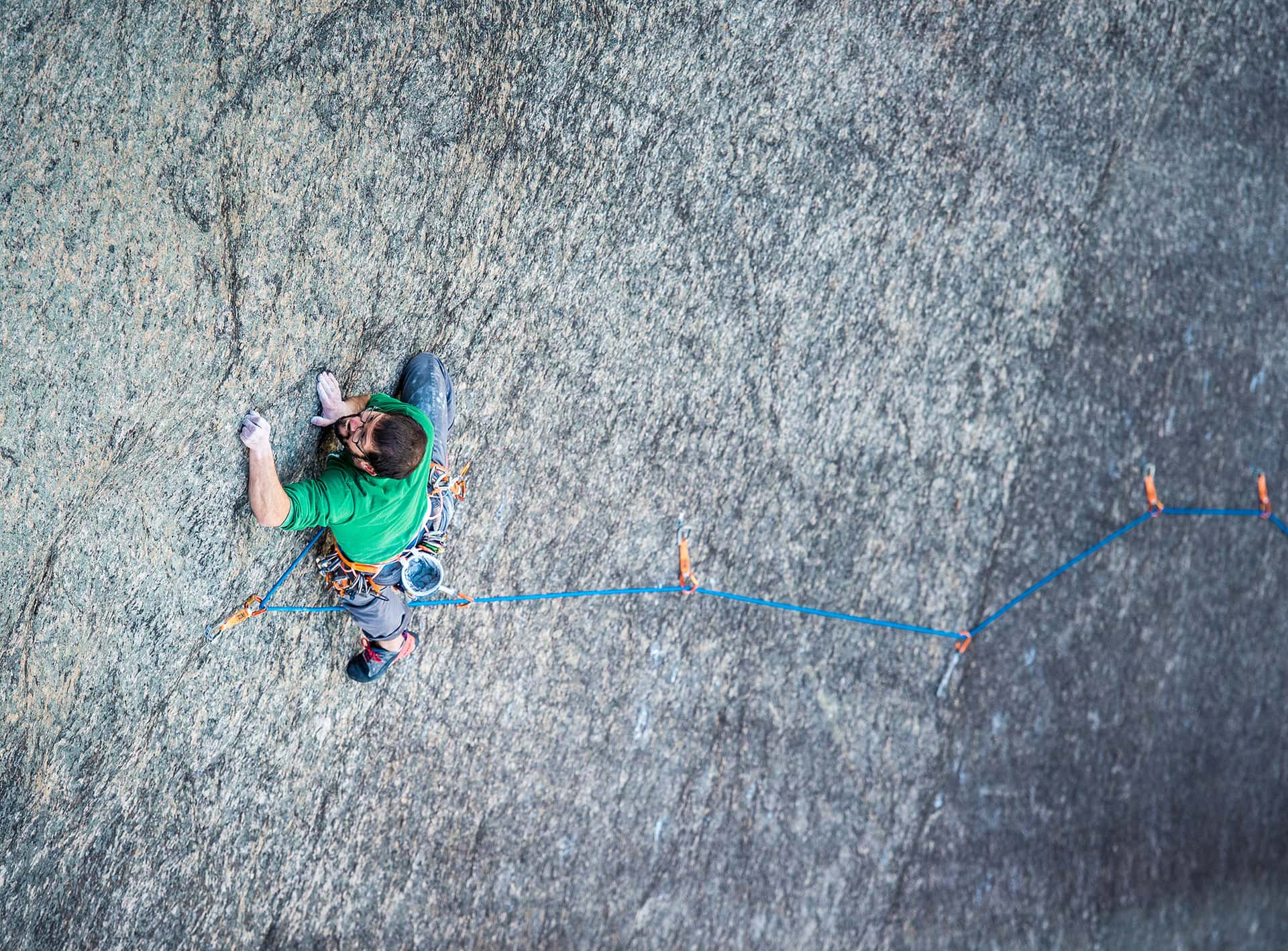 Pitch three - the Enduro Slab. "It’s Cathedral micro-crystal slab climbing - there are only three spots where you can rest your feet. It took me seven tries to do it," Jay says. " I bolted it in Cathedral style, so you’re on lead a lot.” Photo: Brent Doscher 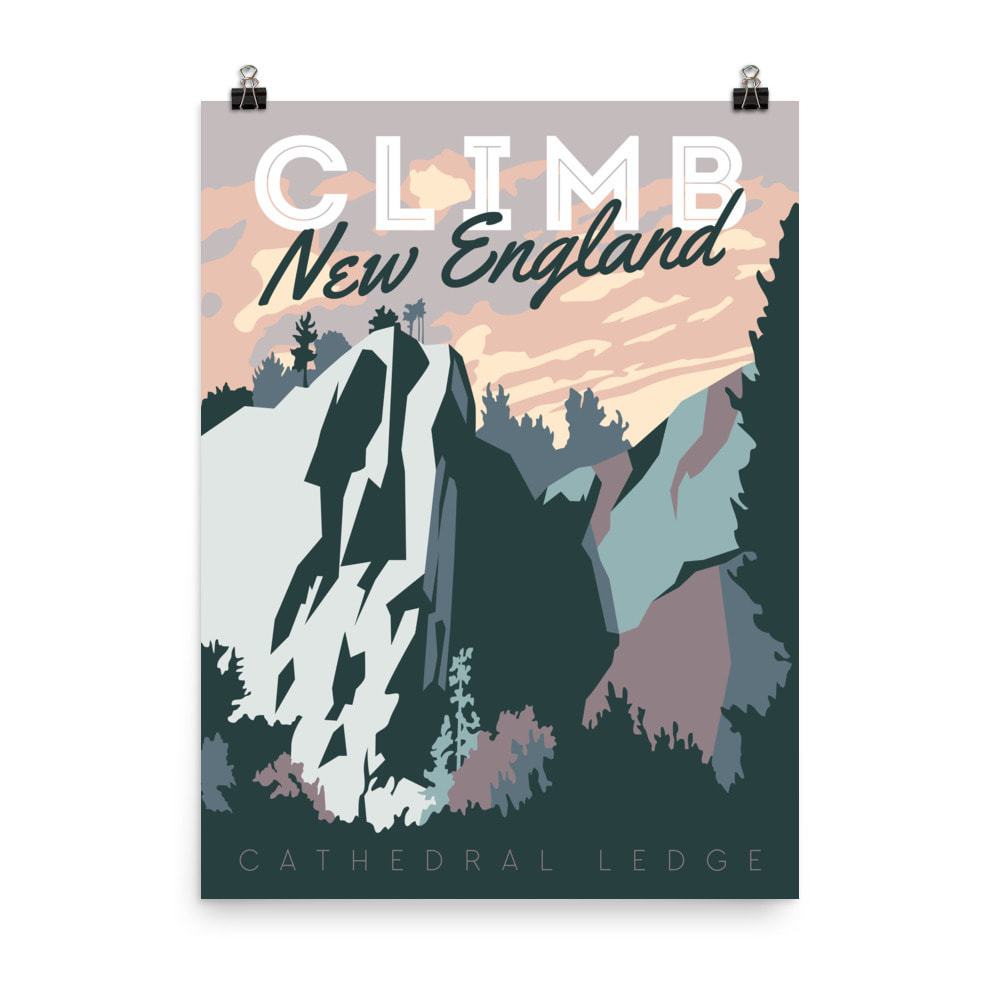 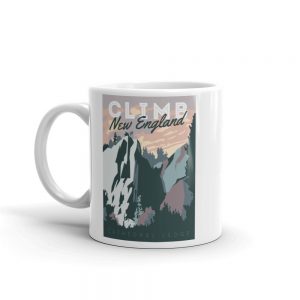 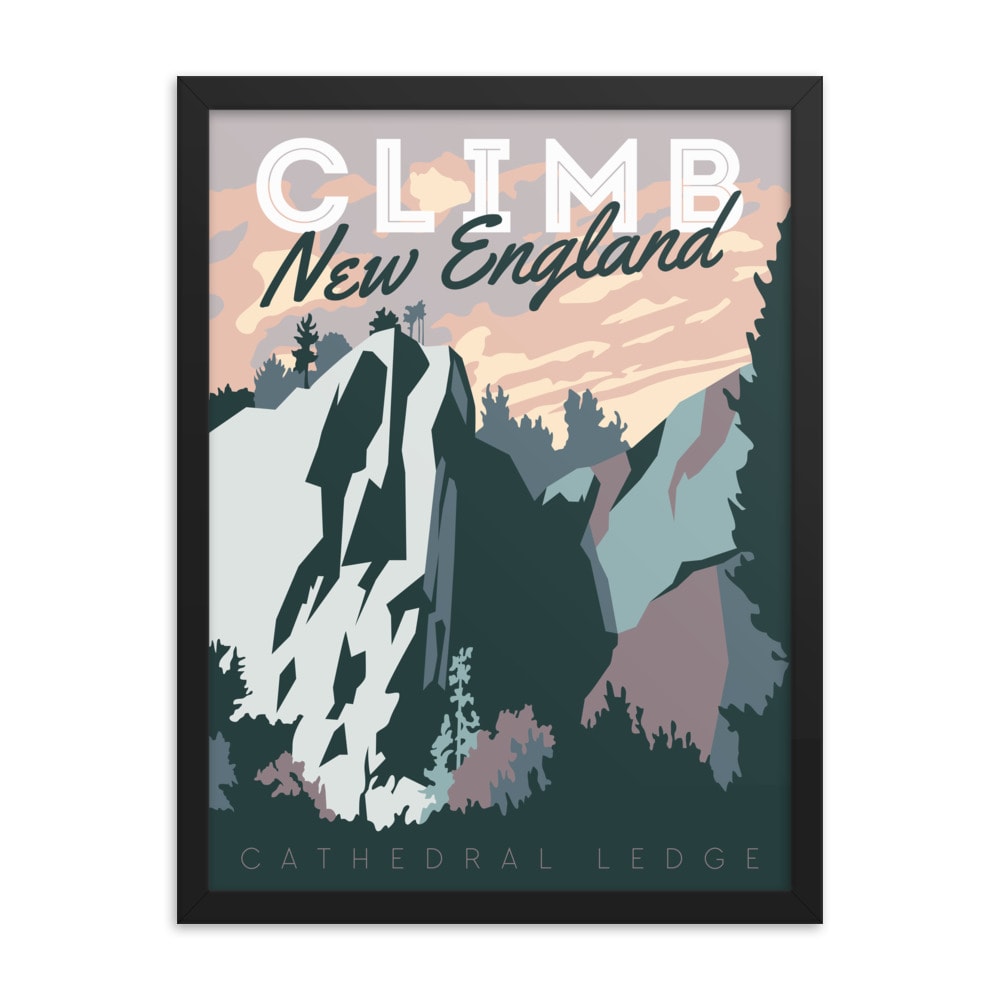 Posted in News and tagged Send of the Season, News, Cathedral Ledge, Annals of Try Hard
← The Book Wall Part II: The Book Wall ReturnsWhat Goes Up Must Come Down – A Lesson in Lowering from Above →