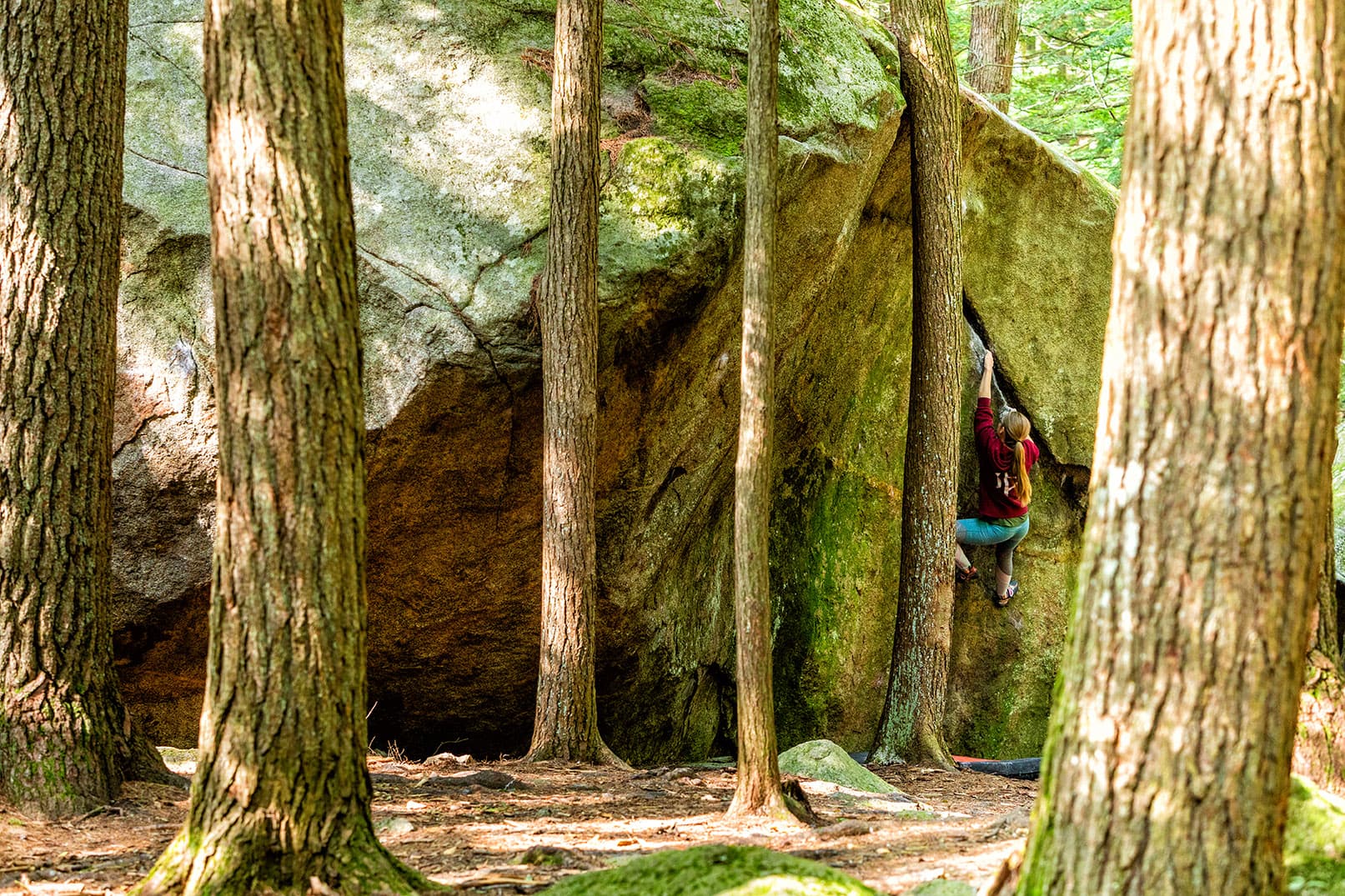 Climbing has a tendency to bring out the obsessive side in all of us. We all know the feeling of getting sucked into trying that one boulder problem or route that’s a step (or two) beyond your current ability – and trying it over and over again, day after day, week after week. “Projecting” is an important part of the sport because it allows you to step beyond your normal expectations and expand your understanding of what’s possible. Yet for many recreational climbers, projecting often becomes an impediment to improvement.

Legendary climbing coach Eric Horst suggests something he calls the 10 – 4 rule, meaning that if a climb takes more than 10 tries, or 4 days of effort, you should move on to other routes, and leave the project for a future season.

“You will improve as a climber faster by sending lots of routes just below your limit, rather than hanging all over (and repeatedly falling off) a single project route that is beyond your limit,” Horst writes in an introduction to his podcast on the subject.

Why? Because climbing is a skilled-based sport, a critical and often overlooked facet to improving is to continually build your repertoire of movement skills by climbing on different angles, rock types, and styles. Your mental game will also be strengthened by focusing primarily on onsighting and second-going a wide variety of routes, Horst argues, rather than getting sucked into a single big project.

Of course, there are exceptions to the rule. If, like professional climbers, you have unlimited time to climb outside, or there’s a project close enough to your home that it’s easy to attempt, you might want to give it a more focused effort. Technical routes with low-probability moves like a big dyno or tricky slab sequence might also merit breaking the 10 – 4 rule.

Horst suggests another rule as well, what he calls the 80 – 20 guideline: spend 80 percent of your time outside climbing on routes you can onsight, flash, or climb second or third go, and only 20 percent on longer term projects.