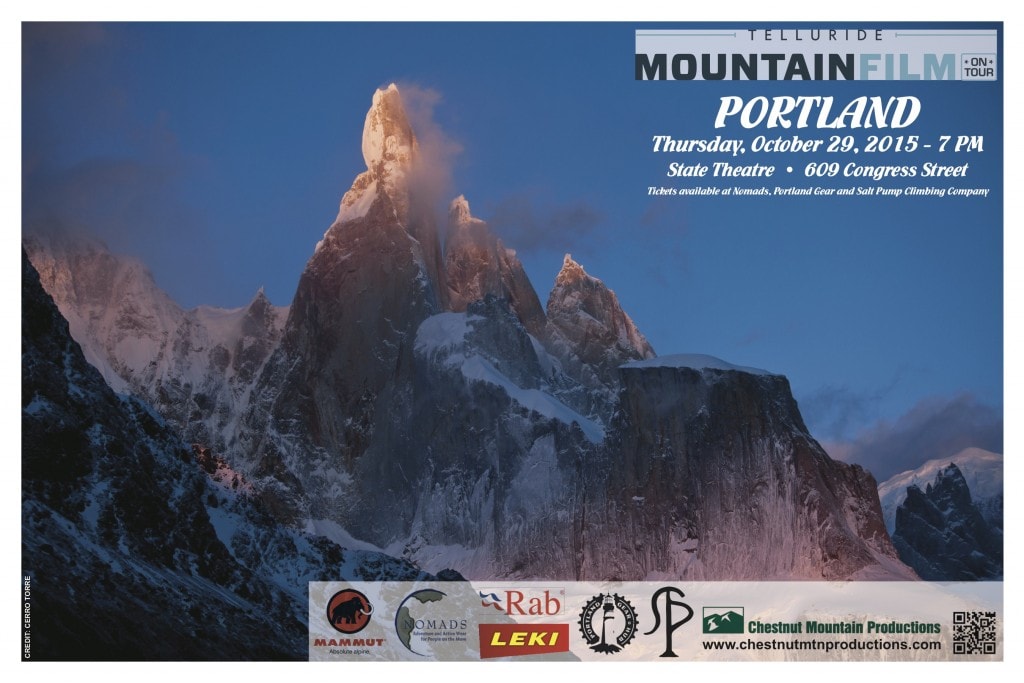 Salt Pump is a proud sponsor of Mountainfilm Tour‘s stop in Portland at the State Theater on October 29 at 7pm. We are selling tickets at the front desk, $16 each (they will be $19 at the door). Get em while they last! Our own Freddie Wilkinson will be on stage that night, for a Q&A about his film Rinpoche Speaks, which is featured in this year’s tour.

See some of the best of the films from the internationally acclaimed four-day Mountainfilm in Telluride Film Festival and Mountain Symposium, held each May in Colorado. This is the tour’s 12th year visiting Portland as it visits over 200 cities around the world.

These films, by some of the world’s best outdoor cinematographers, present a broad range of mountain themes celebrating traditional mountaineering, skiing, climbing, dramatic adventure, global environmentalism, indigenous cultures, and the astonishing beauty of the natural world.

Film Menu for the night on October 29:

The Reinvention of Normal