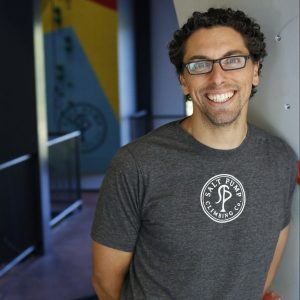 Although not a native New Englander, Tino has always felt the most at home among the craggy mountains of New Hampshire and the rocky coast of Maine. A self-taught climber, he cultivated his skills on east coast granite before adventuring off to learn the movement taught by climbing on different types of stone. He is inspired to provide memorable experiences for people to broaden their movement patterns, get stronger, and ultimately grow as climbers and people. Whether it’s pulling on rock, duck diving through a wave, or taking in miles on the trail, he’s just happy to be outside and with his family. Every once in a while, you’ll catch him hucking himself around on different stones around the northeast. Don’t hesitate to say hi, buy him an espresso, or ask for a spot; he’s a self-proclaimed amazing spotter.

Read an interview with Tino. 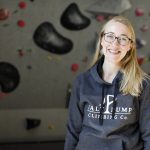 Growing up in Western Maine surrounded by the mountains helped build Brittney's passion for the outdoors. She was first introduced to climbing while attending Lyndon State College in Vermont, where she majored in Mountain Recreation Management with a concentration in Adventure Leadership. She realized quickly that sharing her passion for the outdoors and all it has to offer was something that she wanted in her life permanently. Her experience working with children expands from summer camps to teaching winter ski lessons at her home mountain, Sugarloaf. After graduating, she moved to Southern Maine, where she lives with her partner and their dog named Chester. She's joining the team after having spent the last few years in an office position far from her outdoor passions. She's thrilled to join the Salt Pump community as the new Youth Programs Manager.

Preferred Pronouns: She / her

Fun Fact: Brittney's name was spelled wrong on her birth certificate, and now she just spells it that way because it's easier.

Certifications: Brittney is one of our Autism Climbs certified instructors. 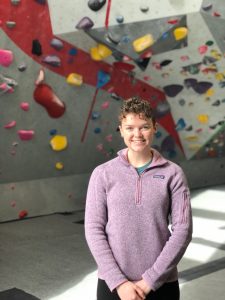 Tori is from Weymouth, MA, but currently lives in Portland, ME. When she was growing up, Tori and her father often went camping in the White Mountains, and she developed a strong connection with the outdoors. Tori came to Salt Pump in 2017 with the UNE Outing Club, and she has been hooked on climbing ever since! She also loves hiking, skiing, and kayaking. Tori studied Medical Biology and Public Health at the University of New England. She plans to obtain a Masters of Public Health and attend medical school in the coming years.Tori’s favorite part about working at Salt Pump is getting to know the Salt Pump community. Some of her best friends, including her roommates, are members that she met while working at the front desk. Tori loves being part of such a loving, welcoming, and stoked community!

Fun Fact: If Tori were to be an animal, she would be a hummingbird.

Ara cut his teeth in the trad climbing and bouldering paradise of the Gunks while working as an actor and music instructor. A New Yorker through and through, he roots hard for the Yankees and has a soft spot for fresh bagels. With years of experience working as an adult and youth coach, route-setter, and manager, Ara is a veritable Swiss Army knife serving the Salt Pump community.

Preferred Pronouns: He / Him

Fun Fact: Before taking up climbing, Ara was a competitive fencer. Don't cross swords with him! 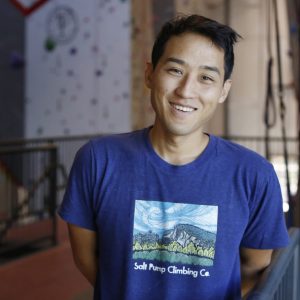 Taki has alternated living in Japan and the US throughout his life. He first landed in Maine for college, where he was introduced to rock climbing on the gritty urban rocks of Great Falls in Lewiston. He was hooked and continued to look for boulders any chance he got and was a regular at the Maine Rock Gym in Portland.

Since then, Taki has climbed throughout the world, putting up first ascents in Peru, Patagonia, and the Wind River Range of Wyoming, but he has an incredible soft spot for New England climbing. After working as an outdoor educator and then as an attorney for a major law firm in Tokyo and New York for seven years, he moved back to Maine, married his sweetheart, Natalie, and started working on his dream that is Salt Pump Climbing Co. Taki wants Salt Pump to be a place that reflects and celebrates the increasing diversity of the climbing world and is looking forward to climbing with you! 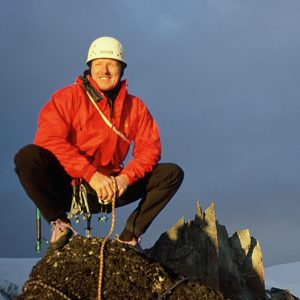 Mark Richey has two passions: climbing and wood. As a kid growing up in Reading, MA, in the 1970s, Mark realized woodworking could be his ticket to climbing and traveling the world. In 1983 he and his wife Teresa founded Mark Richey Woodworking, a business they grew into an industry-leading architectural manufacturing firm serving clients such as Harvard University and the Museum of Fine Arts. In truth, Teresa was often really running the business, so Mark could sneak off to mountain ranges around the globe, ticking off notable first ascents of difficult lines. Mark’s climbing career culminated in 2012, when he was awarded the prestigious Piolet d’Or for making the first ascent of Saser Kangri II, then the second highest unclimbed mountain in the world. When he’s not climbing, Mark is hiking, diving and hanging out with his wife and their daughter Natalia. 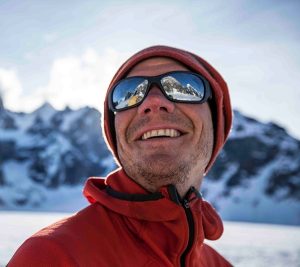 From the teahouses of Khumbu Himal to obscure glaciers of the Alaska Range, Freddie is an alpinist known for his infectious energy and original lines of ascent.  He graduated with a degree in history from Dartmouth College, though he probably spent more time roaming the White Mountains than he did studying. After school, he fell into the guiding/climbing lifestyle for many years, which afforded him the opportunity to travel and climb extensively in such places as Alaska, Patagonia, Yosemite Valley, India and Nepal. In 2010, he published the narrative non-fiction book “One Mountain Thousand Summits: The Untold Story of Tragedy and True Heroism on K2.” Wilkinson is also a partner guide at Cathedral Mountain Guides, based out of North Conway, New Hampshire. When not writing or away on expeditions, he enjoys amateur lamb-farming with his wife Janet and two kids, Casey and Oscar.